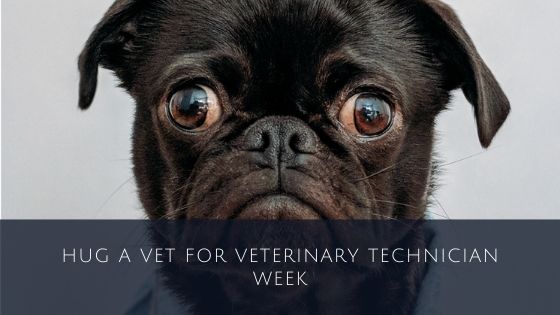 Many of us have a pet – in fact, most of the U.S households own pets.

Sixty-eight per cent of U.S. households, or about 85 million families, own a pet, according to the American Pet Products Association (APPA) in 2018.

Unsurprisingly, out of those pet owners, 60 million were dogs.

Sorry cat lovers, but most of us are dog people.

I actually didn’t care much for either dogs or cats, until it was my wife’s idea to get a puppy.

Getting Our First Puppy

One evening my wife who owns a business asked me if I could review a PowerPoint presentation she has been working on.

Then I realise this was not, in fact, a presentation for work and I said absolutely not, after all, I have spent the last 55 years of my life without a pet!

Later that night she kissed me goodnight and when all was still for about 15 seconds I heard the faint sound of her softly saying “woof” like a deadly siren from Greek mythology luring sailors to their Death.

She finally lured me to the deadly rocks with that sweet “woof” and laughing hysterically and I caved in.

We now are the proud owners of our first dog. A cute puppy that now weighs 70 pounds. It was so much fun that my deadly siren wife lured me into a playmate and now we have two, named Maverick and Goose.

Taking Him to the Vet

A recent trip to the beautiful Northern California coast in Mendocino County, there were miles of rugged beaches to run on. Apparently Goose had run through an area and hurt his paw enough to draw blood.

After two days of monitoring the paw deteriorated and Goose was no longer the active pet that gnaws on Mavericks ears to provoke him. Something was wrong. Our nearest Veterinary clinique was 30 minutes away in the town of Mendocino, a small artsy town of less than a 1,000 residents. I came up to a Victorian-style office through a door I thought was the front with two 70 lbs dogs. That door actually walked me through a laboratory, scheduling area and receptionist.

I simply said “oops” as we stumbled over equipment past 7 veterinary technicians and one veterinarian with a stunned look said “No problem,” one said “Come on in”. The only thing out of my mouth was ”Happy Vet Tech” week.

Six of the techs had a puzzled look. “How did you know?”

Another technician excitingly ran around the corner and happily said: “I knew that”. I simply asked if I could be invited to their happy hour with my disabled dog. They all smiled that I knew it was National Vet Week and something needed to be planned. “How did you know?” One asked. “I saw it on Twitter.”, I replied.

“Do you think you can squeeze this emergency into the schedule?” “Of course we can”. I guess it pays off to know when National Vet Tech week is. 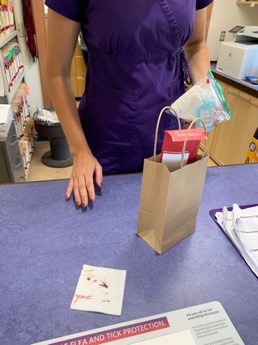 I could tell each one of these vet techs had a function and I was wondering who the lucky one was that was going to diagnose Goose, whose paw was now bloody and swollen.

One look and our vet tech said we are going to put Goose under general anaesthetic because the paw would need to be shaved, poked and prodded. This was a critical diagnosis as the vet had several other pets with much more to worry about than Goose. So her role was to diagnose and prep Goose for the Vet in a patient room while Maverick and I calmly waited. This allowed the Vet to free up and see all of her critical patients on this busy Monday.

About 45 minutes later, the Vet had pulled out Foxtail weed, a type of weed with a needle-sharp point that can easily penetrate pets skin. In fact, the vet tech told me it was the number one procedure at that clinic. She has seen the Foxtail in every orifice underneath a dog. I cringed when I thought about all the possibilities she described.

She even saved me the evidence of the Foxtail weed along with antibiotics. The weed was lodged in Gooses paw for three days and was infected. All is good but Goose had his ego bruised when he walked out wearing the cone of shame.

The Vet Tech plays an important role at a Vet clinic and each Tech has typically been through formal education and training along with hands-on experience from a Licensed Veterinary. What struck me was that each one of the Vet Techs that interacted with Goose was genuinely compassionate about what my pet was going through and very precise and well trained to make sure we got incredible care.

Incredibly, the Bureau of Labor Statistics (BLS) predicts 21,100 new jobs over the next few years on top of the 109,400 already employed.

Hmm, 85 million pet owners and 109,400 Vet Technicians. I would say the future is bright for this important profession and also quite bright for aspiring veterinary assistants.

Happy Vet Technician Week, everyone! Make sure to hug the people who care for your pets. 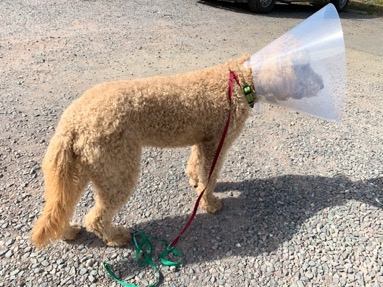 This article is a real story shared by our friend, in honour of National Vet Tech Day.